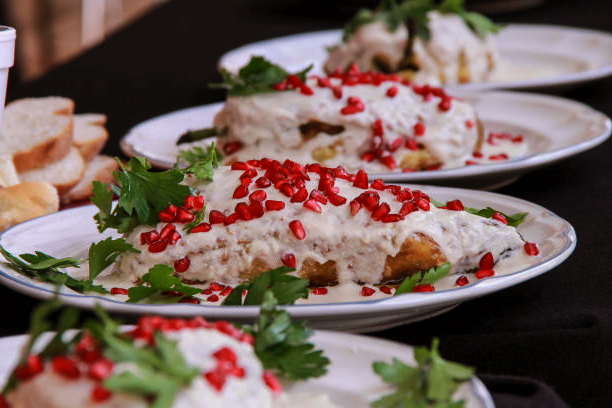 Mexico is the home of more than 126 million people.  With such a huge population, it’s hard to keep up with all of the different holidays, beliefs, cultures, and even food; every city is different!  If you’re planning a trip to Mexico, though, you may be interested in any events that may occur while you’re there.  If you’re packing for your trip at the end of August, you may be there on August 26th, which is the Feast of Saint Augustine.

Saint Augustine was a fourth century philosopher.  He is known for being a Catholic theologian, as well as his contributions to Western philosophy.  He had a strong belief of human freewill and that humans are responsible for their actions.  His group of followers are known as “Augustinians” and can be found throughout the world.

Since he was so influential, he left a mark on Mexico; that’s why he is celebrated on August 26th.  But, we haven’t even told you the best part yet.  On this day, it’s customary to prepare chiles en nogada.  This is a traditional Mexican dish of poblano chiles stuffed with ground beef with a walnut-based cream sauce (called nogada), pomegranate seeds, and parsley.

What does this mean for you?  It means that it’s the perfect excuse to try an authentic dish.  You can ask locals for a recommendation on where to find it, or we can always point you in the right direction.  When you’re traveling, do as the locals do.  It’s not every day that you get to celebrate a holiday with chiles en nogada, so take advantage of it!